The Future of Sustainable Energy is Printed Solar Cells

Our ancient ancestors used to burn wood and timer for energy. Later generations discovered coal and oil, which nowadays are the major sources of energy produced worldwide. However, burning coal and oil (also known as ‘fossil fuels’) is the world’s largest cause of pollution, emitting greenhouse gases, climate change and danger to the environment. In addition, these resources are finite, and are not readily available everywhere in the world.
But why bother with mining coal and drilling for oil when we can use the sun as a clean and sustainable energy source? The process of harnessing the sun’s energy began in 1839, when Edmund Becquerel, a French physicist, discovered the photovoltaic effect – which produces electric current when exposed to light. His work inspired others, and US patents for solar powered devices where filed as early as 1888.
These days we see solar panels everywhere – on rooftops, in industrial areas, in large open spaces, and even as solar powered garden lights or wrist watches. Scientists predict that in the next 30 years, solar power will be the world’s largest energy source. Naturally, the next step is printing solar cells on fabric. 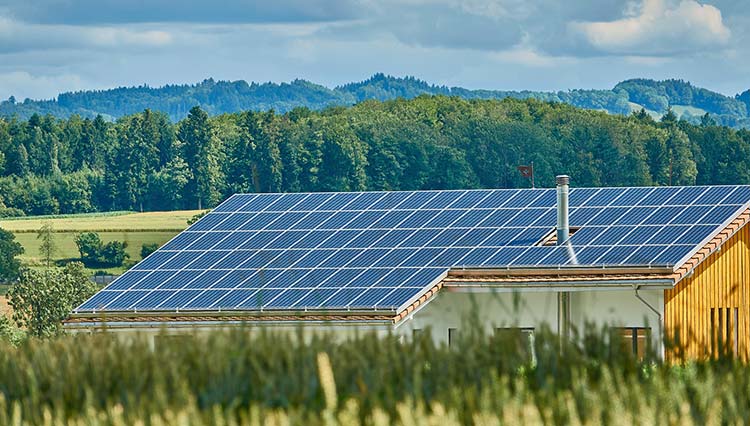 Solar cells are made of crystalline silicon squeezed between conductive layers. Silicon atoms are bonded to one another in a grid, and when hit by photons carried in sun rays, the photons cause one electron in the silicon atom to be released. The ‘freed’ electrons are collected in the conductive layer around the silicon, thus creating electricity.
Earlier this year, researchers from Fraunhofer Institute for Ceramic Technologies and Systems in Dresden, Germany, have developed textile-based solar cells which can be printed on special fabric, instead of glass or silicon conventionally used.
The research team has already developed a working prototype, but the process still poses some challenges; during the coating process, the fabric has to withstand temperatures of around 400° Fahrenheit. Another factor is the thin solar-cell coating layer, which is between one and ten microns in thickness. Even the thinnest fabric is like a mountain range compared to the coating layer, so a straightening layer must be applied to the fabric beforehand.
Overall, there are many areas that still require optimization, such as the low energy efficiency of these cells, as well as other processes required to comply with the standards of the textile industry. If all goes according to plan, the researchers from Fraunhofer Institute predict that the first textile-based solar cells could be ready for commercialization in the next five years, and we will start seeing them on truck tarps, shipping covers and building facades.