Despite of the fact that many people think that printed materials such as books, magazines and newspapers will extinct in the near future, the notion that print is destined to go out of business is far from being true.

Surprisingly, there are a number of areas where printed materials are needed and wanted, and people are still buying them.

One example is school books. Educational books and booklets will always be needed, and reports from school districts suggest that even by trying to migrate from print to electronic alternatives, the demand for course printed materials continued to grow. 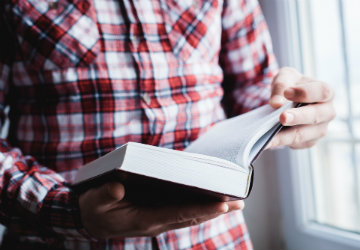 A survey by Naomi Baron, a professor of linguistics at American University who surveyed the reading habits of students around the world, found that 92 percent of them prefer print. The students reported they feel great satisfaction seeing the progress they’ve made reading a printed book as opposed to an on-screen version. They also said they get distracted or pulled away to other things when reading an eBook.

Another study called “Touching is Believing”, checked the response rate for newspaper ads. In the study, over 270 newspaper readers read the same newspaper in print, on a computer and on a tablet. Those that read and touched the printed version reported being able to “touch the ads”. Those advertised brands were perceived as more trustworthy and sincere, reliable and were considered more honest.

These are just a few examples of how much print is still needed and definitely not dying or going anywhere. Books, newspapers, educational booklets and even magazines are here to stay.