The alarming rates of worldwide pollution, carbon emission footprint and global warming have pushed manufacturers in various industries to “go green”, and the printing and packaging industry among them. After the innovative Paper Bottles and Treeless Paper, now it’s time for ink to go green as well.
The black ink that we see almost everywhere, uses a compound called Carbon Black, which is produced by burning petroleum, coal or tar. Carbon Black is used in the tire industry and other rubber products, as well as in most inks, paints and laser toners for printers. Carbon Black is considered unsafe for humans, and emits large amounts of carbon dioxide (also known as CO2) in its production process. In 2019, the world is projected to spew 40 billion tons of carbon dioxide into the air. 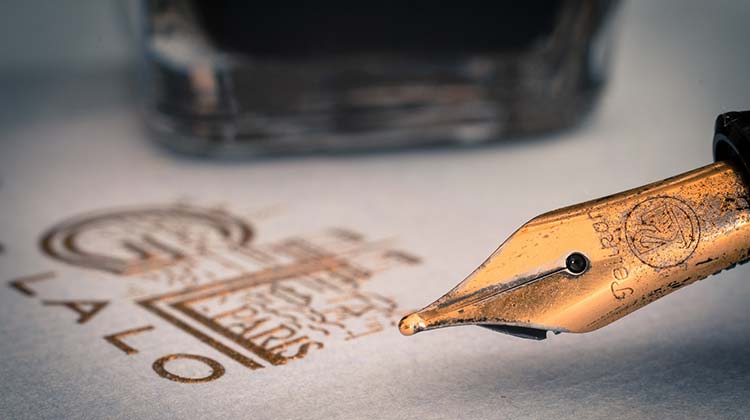 Living Ink, a biomaterials company for Aurora, Colorado, has achieved a major breakthrough, successfully producing black ink made of algae. The algae is grown in large containers, using water, sunlight and carbon dioxide (as “food” for the algae). In this respect, the algae has a negative carbon footprint, as it helps to reduce the amount of CO2 in the air. In addition, algae produces oxygen as a by-product. Wild algae found in most oceans actually produce half of the oxygen that we breath.
The crude pigment produced by the algae is purified and formed into an ink solution with similar characteristics of Carbon Black. Ink and paint manufacturers often use Carbon Black in their products because it absorbs ultraviolet radiation, which otherwise causes the material to degrade. However,  black algae ink is both darker and more resistant to ultraviolet radiation than traditional carbon black.
Algae ink can be printed on paper, cardboard and textiles, and since it’s 100% biodegradable, it can be disposed of as compost and it would degrade in a few days. Green ink and black ink made of algae are now available for commercial use.